Coming back from a work week in Orlando. I woke up on Friday morning (3am Orlando) to arrive at home on Sunday evening around (6pm Japan). I decided to take Monday off for getting a bit of slip and straight up things.

Discussions started to how to organize the work on contacting the developers of e10s + addon. As usual I would prefer working with emails than spreadsheets.

I will be perfectly satisfied with sending an email for each individual add-on. With a unique topic, sent to a specific mailing-list (mozilla only for privacy reason). I requested the creation of the list.

For example mail topic can be

for this specific add-on and so on

Low tech have resiliency and benefits ;)

Working with uBlock and Persona

Failed many times already, tried many combination, and still unable to make uBlock and login.persona.org working together in harmony, even by whitelisting the appropriate domain names. If someone knows the good mix for setting this up. Later: With the help of mat, I found the solution. My third party cookies blocking was getting into the way. There must be a better way in the UI to understand what is happening. The whitelisting didn't work.

Any way. It's already a better day. So Thanks mat!

WebKit on iOS and tapping

We can expect interoperability issues down the road. More Responsive Tapping on iOS. WebKit decides to change the behavior depending on some configurations of the meta viewport.

It's always interesting to have a perspective on the real world usage. We have a tendency to have a view which is very oriented by our very local environment (intimate environment). I learned something at Mozlando (Mozilla Work Week in Orlando).

Web Developers (and now browsers implementers) are in majority using Mac OS X and/or linux. Just look around you at conferences crowd. On the other hand the Firefox user base is dominated by Firefox on Windows Desktop, then Firefox on Android, and only then Firefox on Mac OS X. I suspect many Web developers have switched to chrome on a daily basis because of the bad history of Firebug and not knowing what happened in the space of Firefox Developer Tools. Pretty shiny tools. I usually prefer using the Firefox Developer Tools UI more than Chrome Dev Tools UI. The old Opera Presto Dragonfly has still my vote of confidence for many features, than none of the current tools have matched. 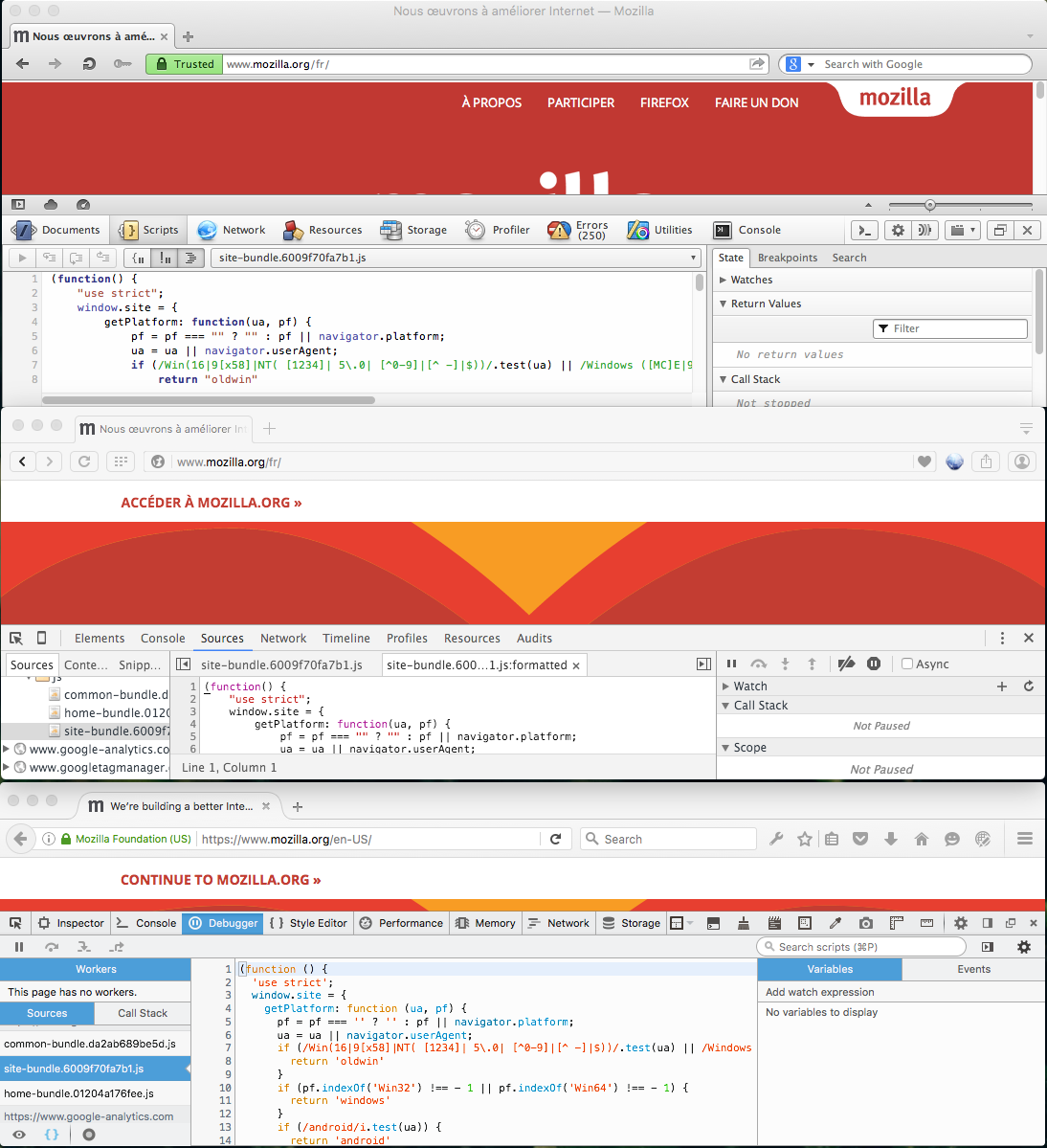